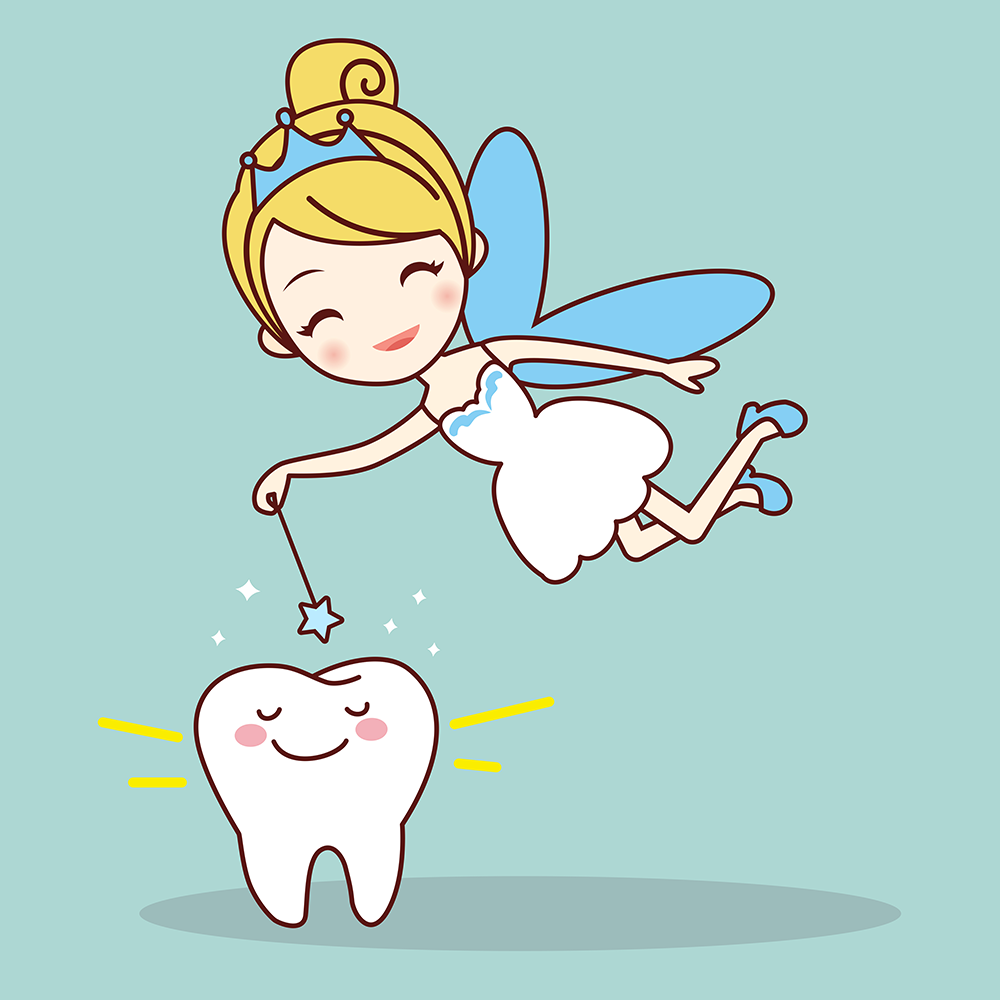 Children usually lose their first baby tooth when they’re between five and seven years old. When this happens, it also means the child is due her first visit from the tooth fairy!

But being the tooth fairy can be a difficult job. What happens if you don’t have any cash on you? And exactly how much money are you supposed to give anyway? So in this post, we’ll solve some common problems encountered by parents across the country.

Help! I don’t know how much money to give to my child for her tooth.

It’s not easy deciding on how much money to leave for each tooth. There is also the pressure of setting expectations – whatever you do for the first tooth will set an expectation for all the rest. Therefore, you want to think carefully about how much the tooth fairy will leave.

Ultimately though, it’s up to you how much to leave. You know your children best and what you can afford.

Also, keep in mind that children will lose twenty baby teeth in total. This means you should multiply the amount per tooth by twenty to arrive at the full tooth fairy payment. For example, if you’re going to be really generous and give £5 for each tooth, then you’ll be forking out a whopping £100 over the next few years!

Oh no! My child has lost her tooth and now she can’t find it.

This problem happens more times than you might think. Sometimes your child might lose a tooth and not even realise until hours later. Other times, a tooth will fall out while your child is in the park and it can be a nightmare trying to find it. In these situations, there’s no need for your child to get upset. Explain to him that the tooth fairy will visit anyway as long as he writes a note to her (with your help if needed) explaining what happened. The tooth fairy would be quite heartless if she didn’t show sympathy after reading the letter!

Adults don’t always have change on them, especially because nowadays we make so many of our payments by card. If the tooth fairy is supposed to come tonight but you don’t have any cash on hand, then don’t panic! The tooth fairy could instead leave an IOU, promising to come back another night. You could then explain to your child that the tooth fairy is sometimes too busy to come to every house.

Also, you don’t always have to give money to your child. You could give a letter or even a healthy snack, such as an apple. It won’t ruin the magic for children; trust us, they’ll be elated just to know that the tooth fairy took the time to visit them. Besides, young children often don’t understand the value of money anyway and they are often happier with something more tangible.

Previous Post What causes bad breath and how can I get rid of it?
Next Post What to do if your child is grinding his teeth