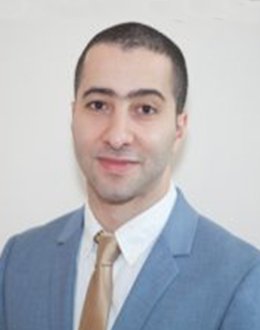 Hatem graduated in 2002 from Alexandria University in Egypt. He then trained in prosthodontics for 2 years before moving back to England to train in Oral surgery. He has worked as an SHO in the Oral and Maxillofacial surgery departments in Essex and in the largest London hospitals, the prestigious St George’s Hospital and Northwick Park, carrying out a full range of oral surgery procedures as well being part of the head and neck cancer team.

After completing his membership of the Royal College of Surgeons, the MFDS, he moved into general practice. Hatem worked in Hertfordshire for 3 years during which he studied for the Diploma in Restorative Dentistry from the Royal College of Surgeons with a special interest in Endodontics and became a member of the Faculty of General Dental Practitioners (MFGDP). He then joined a 3-year MSc in Endodontics programme from the prestigious Kings College of London which he has successfully completed (MSc).

Hatem is a member of the British Endodontic Society and is happy to accept referrals for endodontic treatment. He also works at the Royal London Hospital as a Speciality Dentist in Endodontics.

Hatem has a young family and is an amateur blues guitar player in his spare time.